We are going to miss this little girl 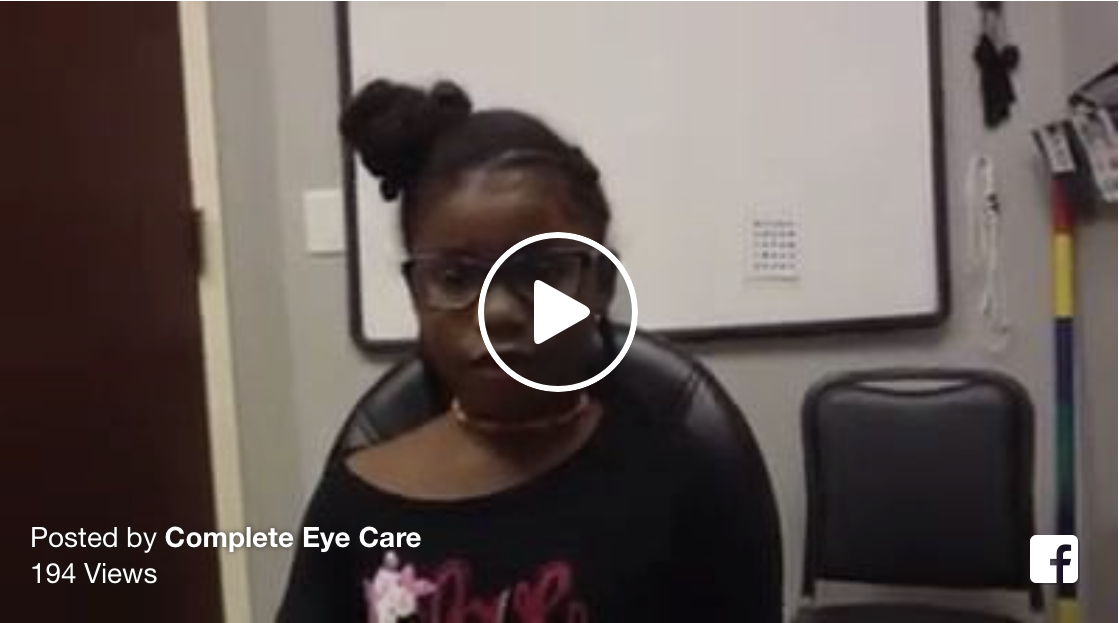 Michael, a Vision Therapy graduate relates his experience with treatment!

Dr. Gesford interviews Donna about her recent concussion and how vision therapy helped her symptoms. 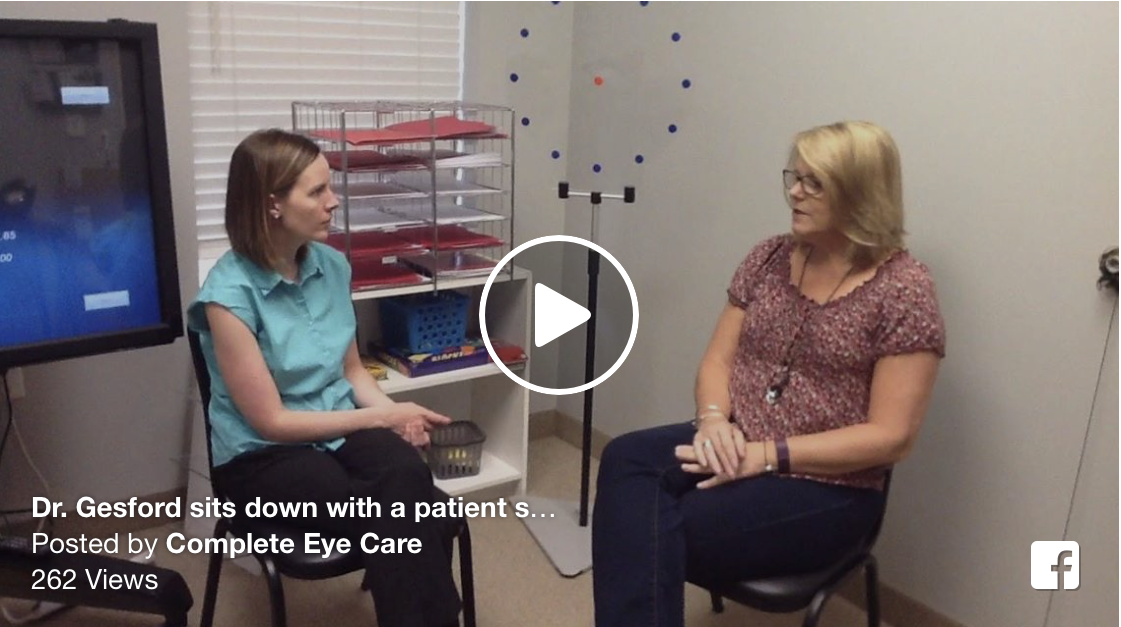 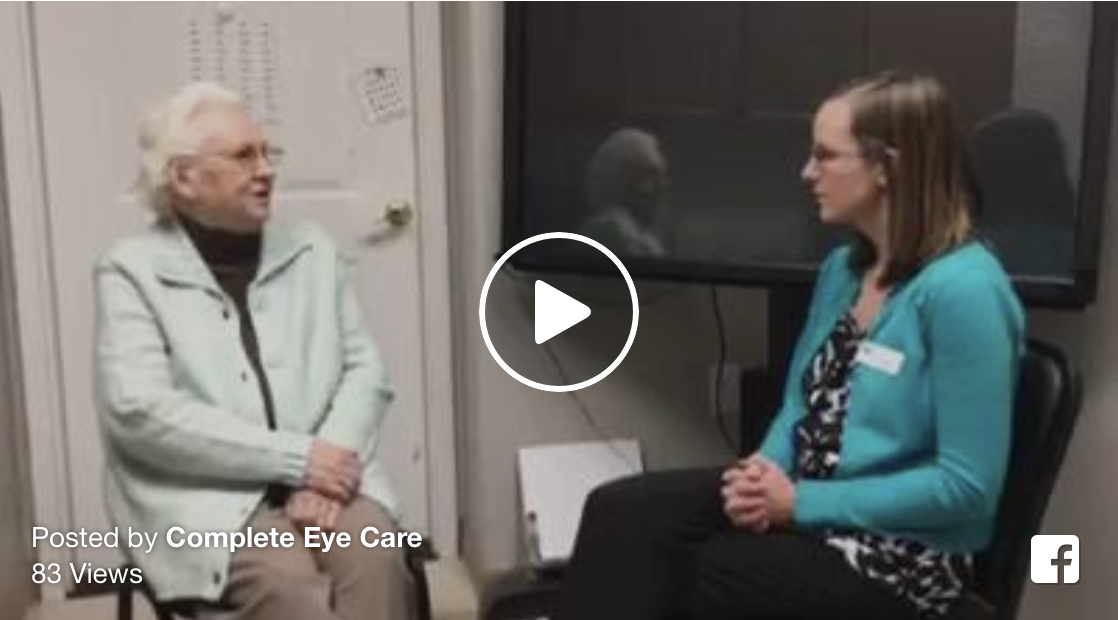 Listen to Shelby's wonderful experience with vision therapy and how it helped her reading! 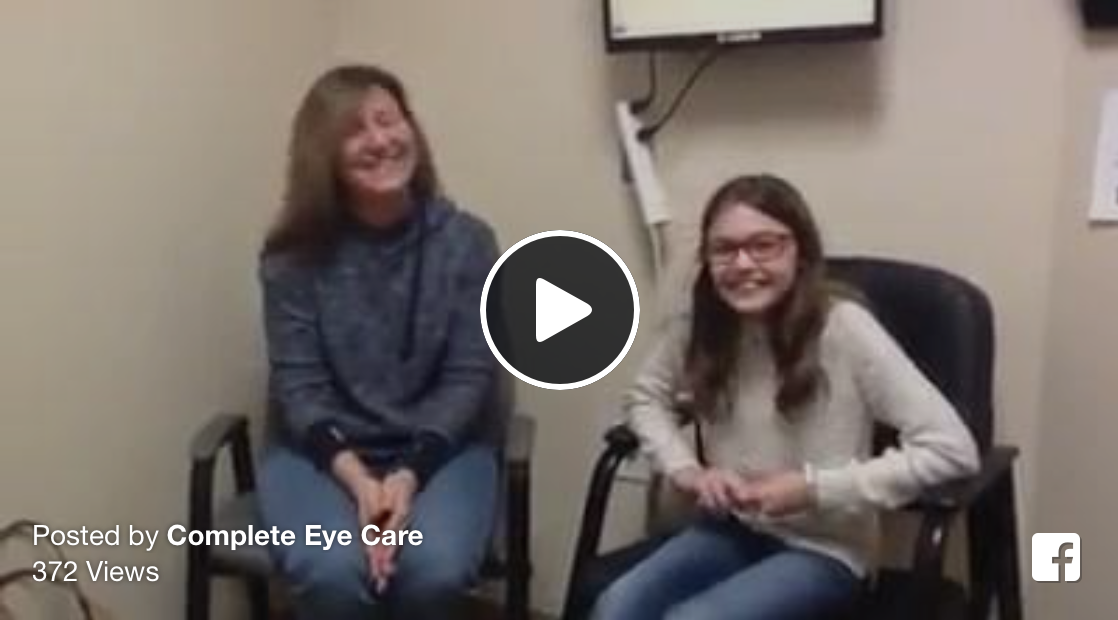 Sofia has lots to say about vision therapy!

Listen to how vision therapy helped Grace improve in school! 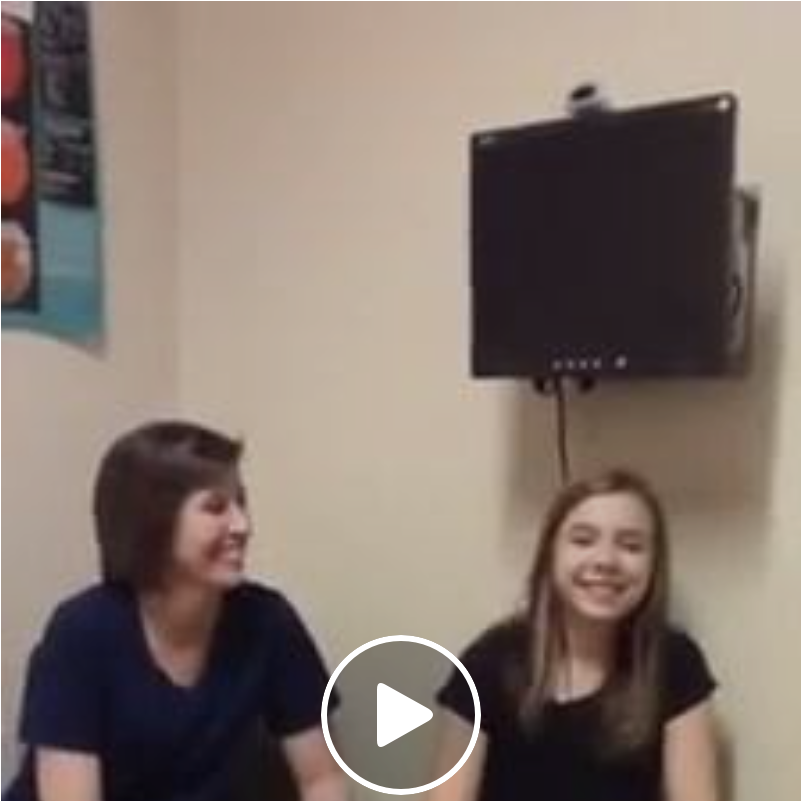 Watch Evan explain how Vision Therapy has helped him! 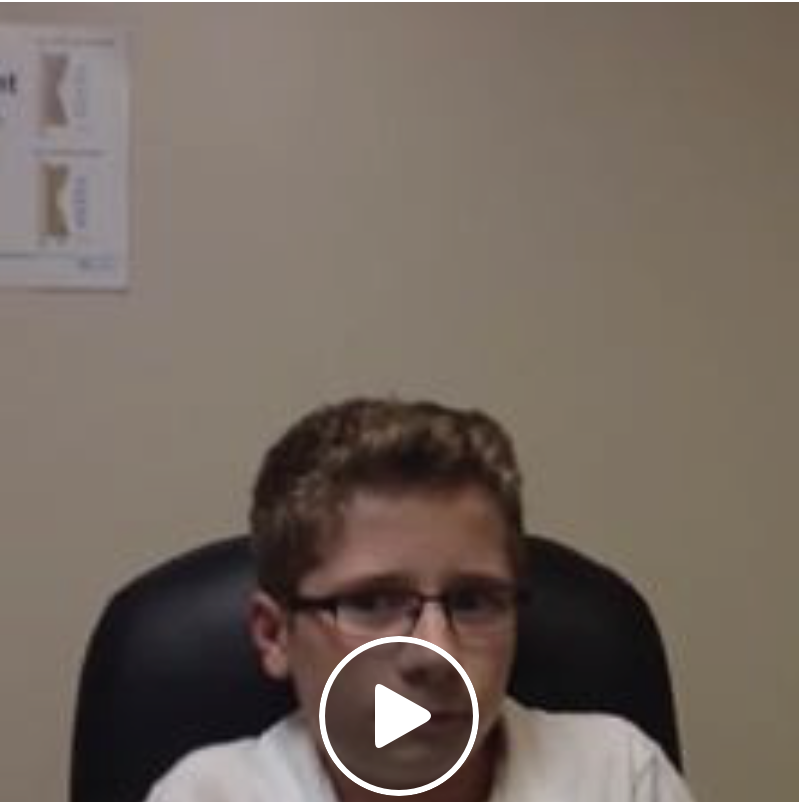 Jack is an 11 year old boy who had trouble with reading, headaches, handwriting, and was frequently clumsy.  Jack had trouble even staying inside the lines when coloring.  Jack was so overwhelmed by his visual deficits, that he had severe anxiety that required medication.

Jack worked very hard in vision therapy and was extremely successful.  He stopped getting headaches.  He began to read fluently and his handwriting greatly improved.  His art teacher was unaware that he was receiving vision therapy and stopped his mom to tell her that she had seen a substantial difference in Jack's artistic abilities.  Jack's anxiety improved to the point that he no longer takes anti-anxiety medication. Jack is a much happier child after completing vision therapy!

Hannah is a 24-year-old from Charlotte, NC and she had an eye exam at Complete Eye Care in Belmont, NC. She stated she was in school to become an Occupational Therapist Assistant and was struggling to study.  Hannah revealed that she was suffering with headaches anytime she read and noticed double vision at times.  She also complained that her eyes felt heavy and tired when she studied, read or worked on a computer. Because of her symptoms, Hannah was referred to Dr. Laura Ashe, who is the vision therapy specialist at Complete Eye Care. Dr. Ashe performed a vision therapy evaluation on Hannah and found Hannah had problems with how her eyes worked together, especially during near tasks.   Hannah could not converge her eyes appropriately which resulted in the symptoms she was experiencing.  When it was explained that Hannah had a convergence problem, leading to most of her visual and eye symptoms, she began crying because she always thought she was just “stupid” when it came to reading and studying.    She was so glad to know there was a reason for her symptoms and a way to treat these issues.

Dr. Laura Ashe recommended Hannah receive weekly vision therapy and Hannah began to find relief from her headaches and double vision within a few vision therapy sessions.  Once Hannah finished all of her recommended vision therapy sessions, she no longer suffered from double vision, headaches, or tired eyes.  She was able to take her Occupational Therapy Assistant Boards with few visual symptoms and even began reading for fun.  Hannah’s mom noted that Hannah had NEVER been able to read for fun prior to taking part in vision therapy at Complete Eye Care.  Most importantly, Hannah no longer believes that she is “stupid” and understands why she was having those terrible visual symptoms and how those symptoms were improved greatly with vision therapy!

Luke is a 9 year old from Shelby, NC who complained of seeing double when reading. Luke also complained of not understanding what he read and frequently switching the letters b and d. It was recommended by Dr. Ashe that Luke needed Vision Therapy. Luke worked very hard in Vision Therapy. He no longer sees double! Yay! Luke also says that he understands what he reads, and less frequently switches his letters. Congrats Luke! We’re so proud of you! Luke was also featured in a Gaston Gazette article https://www.gastongazette.com/…/vision-… so check it out as well!

Nicholas, age 10 from Belmont, NC, would have to leave school early 3-4 times a week, due to severe headaches. He complained that as the day progressed, he saw the words as blurry and he lost his place a lot. Nicholas also complained that his eyes turned outward and that he could feel his eyes move out.

He would complain that his eyes “did not line up” correctly, but he couldn’t seem to control the outward movement. A few weeks after he began vision therapy, as prescribed by Dr. Laura Ashe at Complete Eye Care, his headaches decreased in severity and frequency.

Now he doesn't get headaches when he reads and enjoys reading again. He wanted better control of the movement of his eyes also. Nicholas has accomplished those goals through his hard work during vision therapy. As a 10 yr old boy, there are many things that he would have rather done than be at the office working on his eyes,

In the long run though, Nicholas would recommend vision therapy, as he is able to tell the difference when comparing before vs. after vision therapy. Fewer headaches, more control over his eyes and able to read his beloved fantasy books again! Nicholas is one happy guy!!